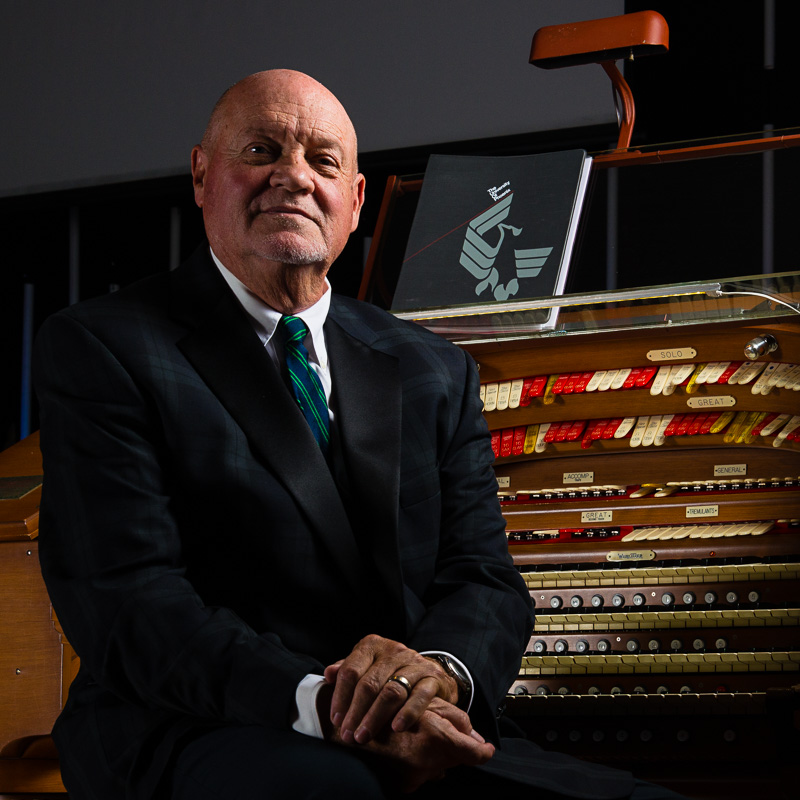 John McCall was instrumental in securing the 3/11 Möller organ for the Rylander Theatre in Americus, Ga. where he serves as house organist. He has played for numerous productions of the Sumter Players and was featured with Mickey Rooney and President Jimmy Carter and his first lady, Rosalynn.

Recent engagements have included concerts at the Alabama Theatre, Birmingham; over ten concerts at the Forker Memorial Wurlitzer, Sarasota, Fla.; The Music House Museum Wurlitzer, Acme, Mich.; Party on the Pipes, St. Louis, and the Strand Theatre, Marietta, GA; co-chairing the Atlanta Fabulous Fox Organ Weekend in 2004; authoring the jacket notes for the resulting CD of those historic performances; and playing for the banquet of the national ATOS convention in Cleveland July, 2009 at the State Theatre. McCall has written numerous articles and jacket notes on theatre organ and theatre history for such publications as “Marquee,” “Theatre Organ Journal,” “Atlanta Journal and Constitution,” and the “Atlanta Historical Society Bulletin.” In November, 2009, he was featured with Ron Carter at the 70th Re-Premiere of “Gone With The Wind” at the Strand Theatre, Marietta, Ga., playing to a sell-out audience which included six of the film’s original actors, hosted by Robert Osborne of Turner Classic Movies. In 2017 at the Marietta Center for the Performing Arts, he was featured with Mary Badham who played “Scout” in the film, “To Kill A Mockingbird.” His most recent CD recordings are “Calling Mr. Miller” and “Florida Fanfare” recorded at the Forker Memorial Wurlitzer, Sarasota Florida. McCall is an Allen Sales representative with Dunne Music Company.

McCall was honored with a first prize in the ATOS Hobbyist Division in 2002 which led to a professional career as a theatre organist. He was awarded the Lifetime Achievement Award by the Atlanta Chapter ATOS following his solo concert at the Rylander Theatre, October 16, 2010. In addition to being an honorary member of Manasota ATOS and an active member of the Atlanta Chapter, he is a lifetime member of England’s Theatre Organ Club and the Lancastrian Theatre Organ Society. His recordings are featured on ATOS Theatre Organ Radio and “Hot Pipes.”

The 3/11 Moller at the Rylander Theatre, Americus, GA